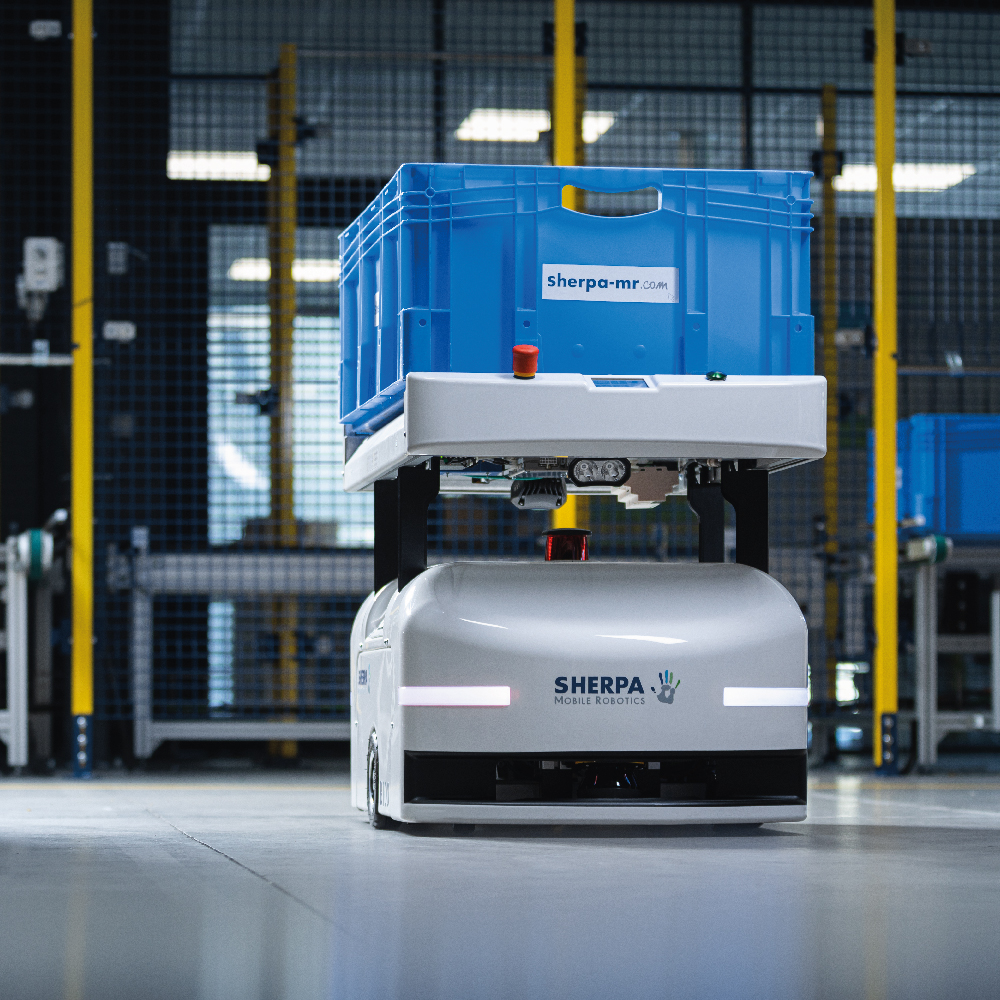 AGVs, AMRs, cobots, mobile robots, exoskeletons, collaborative robots: industrial robotics has become a vast field which it can be difficult to find your way around. This article looks at the concept of the Autonomous Mobile Robot, otherwise known as an AMR.

An AMR is a collaborative robot in the sense that it operates closely alongside operators. These robots operate in the heart of work areas among the workers and machines, in environments that can be cluttered.

The AMR has a high degree of autonomy and can move around quite a large environment without human intervention.  It is easy to deploy and adapt to the configuration of a site, with no need for costly changes to infrastructure. And if the infrastructure and the needs change, the robots can easily be reprogrammed. Finally, this type of robot can be used to automate tasks involving carrying and moving goods around inside a building, and it represents an agile solution that can be part of the transformation of factories to Industry 4.0 and the digital supply chain. The autonomous mobile robot is therefore a symbol of a new generation of industrial mobility.

What are the differences between AMRs and AGVs?

Unlike AGVs (Automated Guided Vehicles) which follow predetermined paths, AMRs are totally free in their movements and able to adapt to dynamic environments. The AGV is guided by tracks or markers in the floor, whilst the AMR navigates autonomously around an environment mapped out in advance. Autonomous mobile robots are fitted with state-of-the-art technologies that allow them to navigate accurately within a given perimeter, avoiding obstacles and moving about with no risk of collision. With the frequent interactions between the robot and people, manufacturers naturally pay great attention to safety.

Why include AMRs in your flows?

These automated trucks can significantly increase productivity by reducing repetitive  and low value-added tasks. They mean that operators no longer have to waste time moving from place to place and are free to concentrate on activities that create value instead.  They save space and make processes more fluid and flexible, helping to achieve "one-piece flow". AMRs help to minimise handling, which preserves operators' health and reduces the risks involved in transporting loads (errors, MSDs, accidents). In short, they improve internal logistics and automate flows, often providing a quick ROI.

What are the applications for this type of robot?

AMRs can be used in all kinds of "simple" operations such as order picking and preparation, as well as in more complex and overarching automation concepts, where they can be interfaced with peripheral equipment such as conveyors, production lines, integrated production cells or workstations. Although mainly used in industrial settings to autonomously move goods around (factories, workshops, warehouses, etc.), the use of robots is by no means restricted only to industry. The mobility gains made over the years and their great versatility have seen the range of applications extend considerably:

In the e-commerce world, they are used to move incoming parcels and for picking up, sorting, dividing up and managing outgoing goods and returns.

Their flexibility also allows them to be used multiple other fields, such as transport, services and healthcare settings.

What are the other notable characteristics of Autonomous Mobile Robots?

They can operate in close proximity to workers when they feature the Follow-me mode (to accompany an operator carrying out order picking) and they can operate autonomously for tedious tasks (transferring goods over long distances).

They are entirely safe thanks to state-of-the-art electronic safety features including numerous on-board sensors. These robots use an artificial intelligence system known as SLAM (for Simultaneous Localisation And Mapping) which enables them to know where they are at all times, dynamically avoiding any obstacles in their path (objects or persons) that were not mapped in advance, and to optimise their trajectories to carry out their tasks as efficiently as possible.

AMRs are capable of localising themselves in an environment. Thanks to their 360° scanners, once the environment has been mapped, they are able to localise themselves constantly by comparing their map to the environment in real time.  If a robot is incorrectly positioned, it automatically corrects its path.

An environment can easily be mapped, especially when the robot is equipped with Follow-me mode. The user walks around the warehouse followed by the robot, which records all the data it needs to map out its environment.

An intuitive, easily mastered interface allows the robot's missions to be programmed, e.g. to go from point A to point B, unload a crate, open a door. 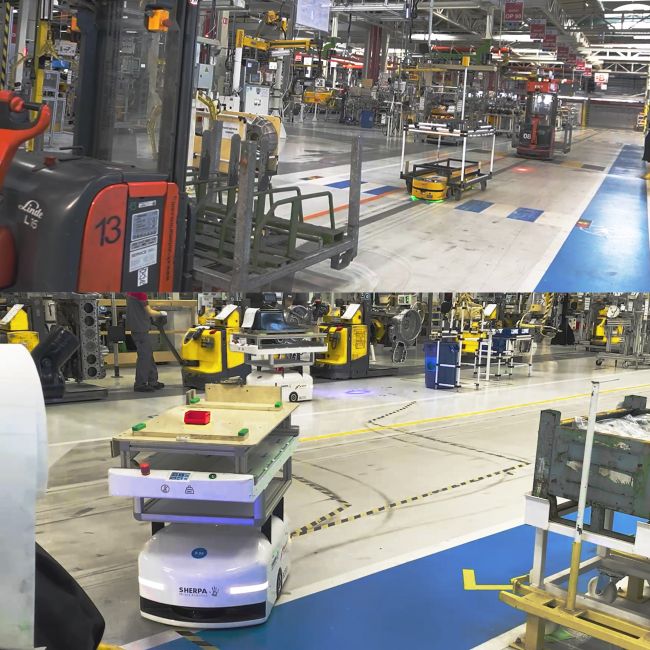 What are the differences between an AMR and an AGV?